ESWIC is a killer little clothing brand out of the USA Goliath have been peddling to switched on retailers around Australia. We have just dropped our first deliver and things are looking good!

The resident Penguin at Goliath Skate has come up with this little interview to give you a snapshot into the ESWIC story, check it out....

So This Happened In Transworld Skateboarding Magazine 2011

RVCA co-owner Jimmy Arrighi announced today that he is leaving the brand for a new, unannounced endeavor. Cheers Jimmy, and good luck in your new gig!

“It’s been a great run with RVCA, but after 10 years as co-owner I have decided to part ways. I want to thank them for everything they have done for me over the years. My goal when I joined was to help the brand get a stronghold on the skate market and I believe I’ve achieved that and more. I am very proud of what I have accomplished from the humble beginnings in the garage, to the multi-million dollar brand it is today. I will be moving on to a new endeavor, which will be announced soon.“—Jimmy Arrighi 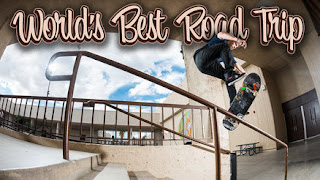 OK Jimmy  we see your making killer clothing , how did you end up rolling with the name Eswic ?
The name isn't so much of a defined meaning as the company in a whole is more of a group of friends who didn't like the direction of the old place (after the corporate sale) and felt that we could branch out and do something that was more in our control - something we could all have a say in and be proud of.


You used to be TM for RVCA?

I was, yeah… I actually was the the first employee back in the garage days and a minority owner.
Who was your biggest nightmare on that team ?

Honestly I wouldn't say there were any nightmares on the team but… the closest thing to a nightmare for me was a trip to Australia with Corey Kennedy who decided to turn it into an all day and night drinking trip. That was the closest I'd have ever come to losing it.
It got so bad that on one of the legs of the trip in Tasmania he was bombed out  of his mind at the airport and the check-in lady took it upon herself to lump me in with his drunk ass and made me promise her that I wouldn't let him drink any more or WE couldn't board the flight. So about 30 mins before boarding, I get a page over the intercom and they want me to come to the check-in gate to see how Mr. Kennedy is doing. I assure them that he's never been better and he's practically sobered up. Little did they know that he continued the party into the terminal and was literally stumbling around dragging his iPhone  behind him on the floor with his headphones in his ears. I'm not even sure if he was listening to anything but it was hilarious.
Long story short, we board the flight and he's passed before the plane even took off.

Who is it now ? Are you TM for Eswic?

There's not a single nightmare on ESWIC. Yes, I do the team along with a million other things.

Did you keep one of Leo Romero team manager boards?

Ha! Yeah, I still have one of those things. 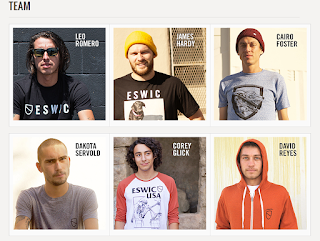 How did you become Worlds Best Dad? Did you go in a competition?

That’s a funny one. I actually didn't give myself that name. Sure, I would joke around about it with people when they'd ask what I was going to be doing later that night or over the weekend - I'd always just reply that I'd be "doing worlds best dad stuff".
The guy responsible for officially giving me that name was James Hardy. It was early on in the instagram days and he kept telling me that I needed to get on there cause I could make fun of tons of people and I kept refusing so one day, James grabbed my phone and set it all up for me against
my will, then he handed my phone back with a chuckle and said "look at your name". And that's how the whole worlds best dad thing was spawned. 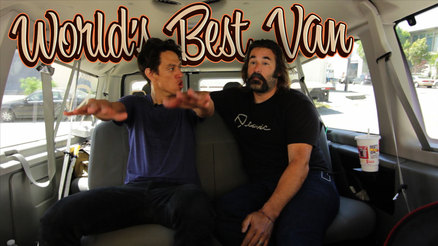 Do you just make up shizz when you do those Thrasher vox pop interviews ?

I'd honestly have to say that I usually go in there with 2-3 things that I really want to say but then the majority of that stuff is based on just being there and there reactions.

Whats your time frame for global take over ?

Ha! The sooner the better cause these kids aren't cheap.

- - - END - - -
Click the catalogue covers below to check out the ranges of ESWIC clothing, the Spring 2016 line has just dropped in Oz 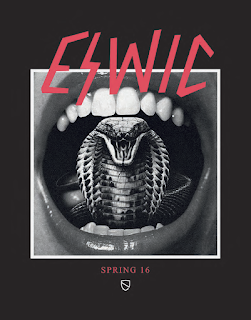 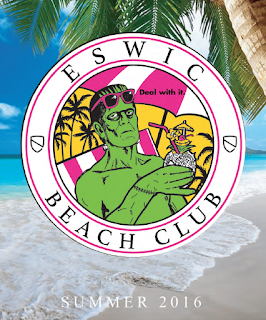