Well... We have sold through a heap of the
WORLD INDUSTRIES 1990'S RE ISSUE DECKS
in a couple of weeks of them dropping into Australia.

We were hoping that it would spawn a new generation of collectors but it seems a lot of the decks are being set up and ridden like the should be, good stuff.

We are about to re-load on a bunch of decks. These classic 90's T's have just come up an will hit Oz in July 2013.
If they tickle the nostalgia bone or you just want some cool new threads, hit up your local store. 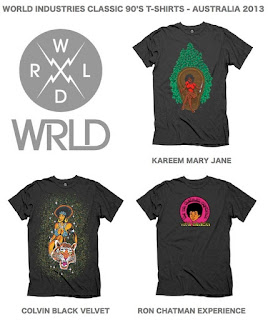 Here are a few of the decks we are getting back in along with a couple of new ones, watch this space! 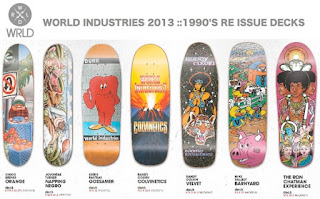