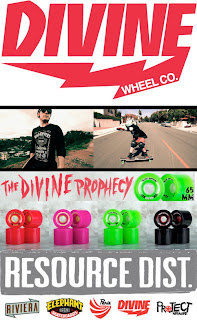 Daniel Couch does not simply ride a hill, He sets his sights on terrain and battles it into submission. Here he is in the Hollywood Hills blazing his own path and conquering yet another cache of previously uncharted terrain.

We had both the pleasure and the fear of working with Daniel to film this newest release from Divine Wheels. He is hands down one of the gnarliest riders on the Divine team and although he almost broke himself off several times during the filming of this project, he remained calm, cool, and collected while doing it.

" The 65mm Road Ripper is buttery and consistent on any terrain, every slide. Road Rippers stay fast with its square edges and will take all of the abuse you slide over.
I choose the 65mm ripper because they are lightweight and slide for a lifetime. "

Check out the video here!